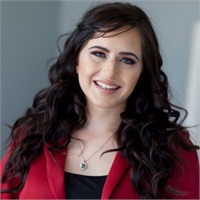 Karisa began her insurance journey in 2016, after a terrible auto accident changed her view of insurance as well as started her passion to helping others understand its importance.  She began at USAA writing all personal lines,  as well as handling claims.  While at USAA she has received several insurance recognitions.  Karisa is also working through her CPCU, which is a professional designation considered the most distinguished designation in the insurance industry. Karisa recently worked for PURE Insurance, specializing her skills for clients that are high-net worth.

Before beginning her career in insurance, Karisa spent twelve years in sales while studying both Business Law and History at Arizona State University.  She was born and raised in Rhode Island, and loves to cook.  In her free time, Karisa loves to take her young son on adventures anywhere they can, from Sedona to the beaches of California.  Saying she loves Disney is an understatement, and she never misses an opportunity of karaoke night with friends.